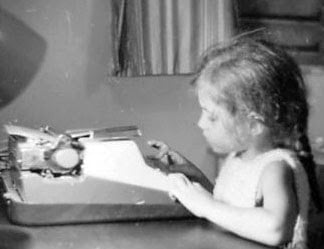 Note: My last name, Wein, is pronounced “ween” – rhymes with teen and queen!

I was born in New York City in 1964, and moved to England when I was three. I went to school in a little village just outside Alderley Edge, the setting for Alan Garner’s The Weirdstone of Brisingamen, The Moon of Gomrath, and parts of Elidor – books which my father, Norman Wein, read aloud to me, starting my lifelong love of reading. My father had been sent to England to help organize the Headstart programme at what is now Manchester Metropolitan University. When I was six, my father was sent to the University of the West Indies in Jamaica for three years to do the same thing in Kingston.

We lived in Jamaica from 1970-1973, and I loved it – I even became fluent in Jamaican patois. It was in Jamaica that I first started to read independently, and quickly moved on to writing. At the age of seven, my best friend and I completed a “book” called The Hidden Treasure as part of a “mystery series” based on the Hardy Boys – ours was a feminized version, of course, called “The Churcha Girls.”

When my parents separated, my younger brother and sister and I ended up back in the USA living with our mother, Carol Flocken, in Harrisburg, Pennsylvania. When she died in a car accident in 1978, her parents took us in and raised us; Betty Flocken, my maternal grandmother, became the most influential figure of my life. She lived to the ripe old age of 98, and was probably my greatest fan. Though she was mostly blinded by macular degeneration towards the end of her life, she continued to enjoy my stories, and when my aunt read the opening chapters of Black Dove, White Raven out loud to her, she commented that the characters in it reminded her of me and my brother in Jamaica!

I went to Yale University, spent a work-study year back in England, and then spent seven years getting a PhD in Folklore at the University of Pennsylvania in Philadelphia, where I held a Javits Fellowship. While in Philadelphia Ilearned to ring church bells in the English style known as “change ringing”, and in 1991 I met my future husband there at a bell ringers’ dinner-dance. Tim is English, and in 1995 I moved to England with him, and then to Scotland in 2000, where we’ve been ever since. We still ring church bells every Sunday at Dunkeld Cathedral on the banks of the River Tay.

It was Tim’s enthusiasm for small planes that inspired me to learn to fly. Tim got his private pilot’s license in 1993 and I got mine ten years later. Together we have flown in the USA from Kalamazoo to New Hampshire; in Kenya we toured from Nairobi to Malindi, on the coast, and also all over southern England and Scotland. Learning to fly changed the focus of my novels from Arthurian legend to aviation!

I’ve now lived half my life in the UK, most of it in Scotland. I am a dual American/British citizen, and I am proud and grateful to call Scotland my home and to be considered a “Scottish writer”, having written all but the first of my books here. Tim and I have two grown children who were both raised in Scotland.

Code Name Verity, published in 2012, was my first full-length World War II story. On World Book Day in March 2020, it hit Number 1 on the New York Times Bestseller list – teaching me a great lesson in patience and perseverance!